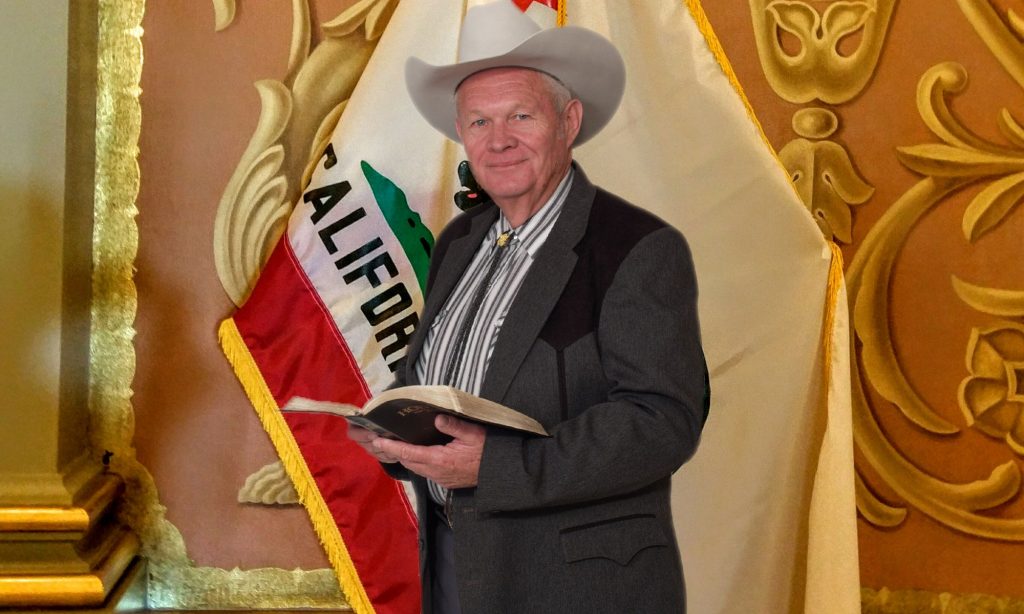 Make no mistake … California is blessed of the Lord! As we travel all over this state, perhaps more than any other preachers, we can tell you that the roar of the Lion of Judah is deafening as it rises to heaven from the Golden State. Fiery spirit-filled prayer and intercession is happening in small and large groups all up and down this wonderful state. If we could see a map with little torches representing all the prayer groups it would look like the entire state is on fire – because it is! It’s the fire of God!

God’s eyes are focused on the Church House, not the State House. And when I say “Church House” I am referring to the whole body of seriously committed Christians, not every so-called church in every community. The Bible refers to it as the remnant, but in California the remnant is thousands upon thousands of prayer warriors who are on their faces in His face, creating the roar of the Lion of Judah.

We believe the Lord has put it in our hearts to do our best to activate His Body to wake up and vote. After much prayer and agreement with friends and spiritual leaders,we feel led to launch this web site – and to start filming and posting a series of short but positive clips about California and America.

Jesus said “Now! the Kingdom of Heaven suffereth violence, and the violent take it by force!” Matt. 11:12 (Emphasis mine) It’s a little play on words but I like that word Now! Somebody shout “Now” with me!!!

Folks, we, as the body of Christ, have “all power in heaven and in earth,” and as John G. Lake once said, “The devil’s power is really a vanquished power,” but if we don’t rise up and fight he can take us out with a frying pan.

Please feel free to copy and repost anything or everything we are providing on this web site. Use your email and text lists, and every other resource you have to forward this web site and/or these links of clips and articles all over the place.

This ain’t impossible, it’s probable – but it still comes down to “If My People …”

Fact: Only 37% of registered voters voted in the June 2018 primaries.
As of early September Newsome is barely leading Cox in the polls.
We can do this!!!

(California saints – the long-shot horse is closing in fast as we head into the home stretch – lets help him put the “Giddy-up” on it!! )